What My Pacific Crest Trail Trek Taught Me 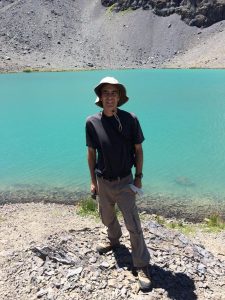 I finished the PCT expedition for this season, 1-1/2 weeks ago at Mt Shasta, CA. My last day of hiking was October 31. I am looking back on the late part of my journey when I left Chester, CA for the next section of 80 something miles to the next stop of Burney, CA. The motel owner where I stayed at in Chester was very gracious in giving me a ride back to the trailhead, so I could resume my trek. When I got to the trailhead, I continued my trek northward, covering only seven miles for the 1st day because I started off in the middle of the day. The following day, I would trek only six or seven miles, again, because I wanted to camp at the Southern Boundary of Lassen National Park.

I trekked through Lassen National Park in one long hard day, on a 20-mile stretch, hiking by headlamp, in the dark for the last 2-1/2 hours. I was still having fears and managed to get past them – “lions and tigers and bears oh my!” When I arrived at my camp, ¼ mile past the Northern Boundary of Lassen National Park, I was exhausted. I set up my camp in a pile of brush and forest debris and cleared out a spot for my tent. There were no established campsites here. I chowed down some dinner –power bars, meat sticks, and nuts. Then I set up my tent and camp and hung my food, all in the dark. The job of hanging my food almost every night was getting very old and tiresome at this point. I slept reasonably well that night because I was too tired to worry about the bears and mountain lions. 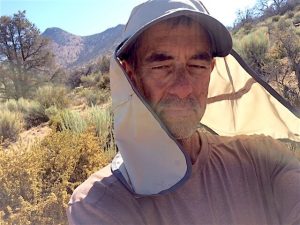 The following cold morning, I continued my trek northward and covered only a few miles that day. I decided to stop and camp at Hat Creek for that night, ending my trek around noon for that day. I was exhausted. I just rested and replenished myself for the rest of the day. The following day, I packed up and continued my trek north to Old Station and beyond to the Hat Creek Rim, a large waterless plateau.

“This next 30-mile stretch was very dry with no water.”

I hiked 15 miles that day and camped in the weeded brush for two nights while I hiked that 30-mile stretch. In that stretch, I took a long hard detour down a steep canyon in order to get water. I loaded up three liters of water and hiked back up the steep ridge back to the trail and carried it for the next 22 miles until the next fill up, located beyond the Hat Creek Rim.

The water load naturally got lighter as I progressed on that 22-mile trek until it was empty for the last three miles. On the Hat Creek Rim, views were spectacular looking back (south) at Lassen National Park and ahead (north) at Mt Shasta and west to the valley below. The Rim, where I was hiking, was full of dry weeds and brush with stickers, which I ended up camping in for two nights along that stretch. I also had to conserve water on many nights to the point where I had to skip brushing my teeth and preparing my freeze-dried meals. I needed it to drink. I ended up eating my snacks for dinner and breakfast on those days. Hat Creek Rim is brutally hot in summer. Fortunately, the weather was chilly to mild on this section. 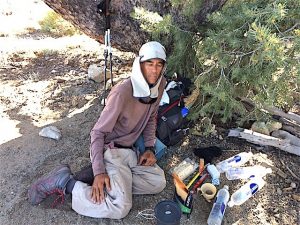 After Hat Creek Rim, I spent a night in a nice open field with a dry camp after hiking 15 miles that day. The next day, I continued on for a few more miles to Burney Guest Ranch where I would spend the next two days recuperating and obtaining my resupply, as well as getting a much-needed shower and laundry washed – the clothes on my back which I wore for 4-1/2 months for the length of the expedition. I washed them every one or two weeks at the resupply stops. The hosts at the Guest Ranch were very gracious to make sure I was well taken care of. The Ranch is also a beautiful setting where the PCT passes close by. The town of Burney was also a friendly place which was several miles away.

My Last Leg for the Season
After my stay at the Ranch, I continued my trek northward on the PCT. By now, it was the third week of October and summer was definitely gone. The days were much shorter and colder at this point. Fortunately, the winter rain and snow storms had not arrived yet. It was just chilly during the day and in the low 30’s at night. The next leg of the trek would be 91 miles from Burney to Mt Shasta. It was also very dry along this stretch with many waterless sections. I had to dry camp a number of nights. There were several nights where I had to camp in forest debris after I cleared out space for my tent.

Burney Falls was spectacular. I had lunch there, toured Burney Falls State Park, and continued my trek north on the PCT. When I got north of Burney Falls, the rest of this leg (about 80 miles) was mainly logging territory with lots of logging roads, brush and forest debris, and patches of forest. I found this section not very interesting and tedious. Many of the campsites were not good and water was scarce. The weather was chilly to cold (30’s at night). I trekked this entire section of 91 miles from Burney Guest Ranch to Mt Shasta in about one week. I went through a number of canyons, over ridges and across one or two rivers. 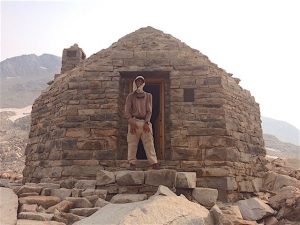 I finished this section late afternoon on October 31, arriving at Mt Shasta or the I-5 junction near Castella. I then hiked another three miles, partly on the I-5 freeway, and got a ride for the last mile to Dunsmuir, CA where I finished my trek for the season. I got there by early evening and checked into a motel and stayed for about a day before departing on the midnight Amtrack train back to home. I made it home on Amtrak on November 2 and gave thanks to making it home safely after my very long journey on the PCT.

“I could now eat my own food, take a shower, have a bathroom for basic needs, sleep in a warm bed and not worry about the bears or mountain lions at night. All this I took for granted before I began this expedition back in June and am now very thankful to have these amenities.”

Making a Big Decision
For my last several days of the trek, I pondered whether to continue on for the next 200 miles to Ashland, Oregon, which would have taken me at least another two weeks (into mid or third week of November), or finish for the season at Mt Shasta and pick it up again next season. On one hand, I felt I needed to push myself to trek those last 200 miles to Oregon. If I didn’t, I would be letting my supporters, my project objective and myself down. No matter how harsh conditions became, I needed to finish the trek at the California/Oregon border, near Ashland. There was a part of me that was ready to push on, no matter what. On the other hand, there were the logistical realities of deteriorating weather conditions and shorter, colder days. There was also a good chance I could get buried in snow in the remote wilderness of the Trinity Alps, located in extreme Northwestern California that I would be trekking through. Getting out of that wilderness in winter conditions would have been very difficult if not impossible. Also, my physical body was burned out after 4-1/2 months of trekking. My mental and spiritual self also felt like it was time to end for the season. I also had business at home that needed my attention as well. I realized it was OK to resume next season. Even with my winter expedition experience, I did not feel like it was wise to try and push myself to do the last 200-mile section to Oregon this season. I was virtually the only person on the trail for the last two weeks of the expedition. Even before the last two weeks of the trek, the number of hikers was thinned out substantially toward the latter part of the expedition. It was too late in the hiking season to continue.

When I started off hiking the PCT back in June, I had originally planned to do the whole thing in one season, 2,650 miles from Mexico to Canada, using my drill sergeant tactics to push myself. Obviously, it did not work. I could not do it, no matter how hard I pushed myself. My physical self and the logistics were not up to the task, even though I wanted to believe otherwise. I went through periods during the early part of this expedition feeling like I failed. However, as the expedition progressed, I realized there was a lot more to this expedition than just trekking from point A to point B in the designated time period — an athletic contest.

“I realized first and foremost, I had to get in touch with my own limitations in a truthful way before I could be successful in everything I was going to do, including the PCT expedition. The PCT trek which took 4-1/2 months and covered almost 1,000 miles, did just that.”

I was really pushed beyond my limits when trekking and camping for all those days and nights on the PCT in often harsh conditions –- rain, snow, cold, lightning and thunder, intense heat and high-altitude rugged landscapes. At times, I trekked on very little food and water. And, much more effort was required to take care of basic needs, not to mention all the river and stream crossings in the Sierras. Mosquitos and other bugs were constant companions for a good portion of the expedition. 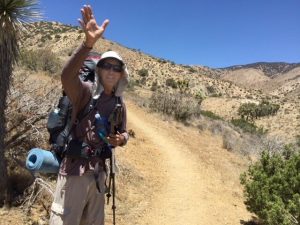 Reflecting and Giving Thanks
This journey was very much a spiritual journey as well, having to face all the fears that my imagination could conjure up, whether real or imagined. Actual real situations that were bad could be made to look a lot worse than they actually were. I learned how to separate reality from imaginary scary situations and to not make mountains out of molehills.

“No, this expedition was not about winning an athletic contest, it was about my spiritual transformation and inspiring those on the autism spectrum and others (like myself) affected by the spectrum.”

When I got home from my expedition, I faced the same problems at home as before I started my PCT journey, but this time, these problems did not seem as bad as before because I have new spiritual tools to deal with them. I am much clearer about what I need to do now and moving forward.

“I am much stronger within myself, enabling me to handle the challenges of life much easier.” 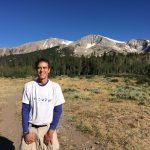 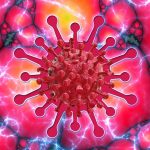